Kelvin's Cairn in Dark Alliance is the main HUB of the world. Here you can prepare for and accept Missions, obtain loot from the loot chest, test your DPS in the training section or employ the services of the Merchant.

Once you finish a Mission you are automatically transported to Kelvin's Cairn, after a few seconds.

There's a Tome next to the Merchant, on the left, that you can collect here. 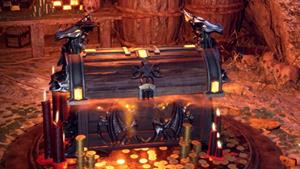 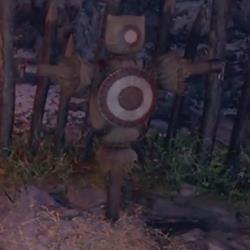 There is a training area on Kelvin's Cairn that you can use to test your Weapons and damage output. It is ideal for comparing Weapons or practicing Combos and Moves. You can learn how much damage your last hit did, you DPS, the Highest damaging one and the total damage.

The only Merchant available in the game can be found in Kelvin's Cairn. His name is Kartik and he has set up shop in the area. You can interact with him to take advantage of the variety of upgrades and customizations he can offer, such as Skins, Upgrading Weapons,  Armor or Consumables. 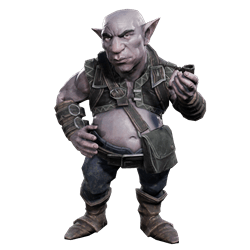 You can find the World Map in Kelvin's Cairn. From the World Map you can select the Mission you want to take on, given you fulfilled the requirements needed to access it.