The Fury of Icewind

Icewind has been terrorizing the people of the Dale for slaying her mate, Icingdeath. 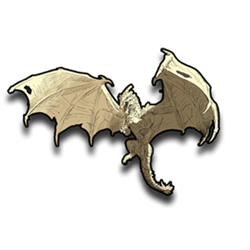 The Fury of Icewind Acts

When Wulfgar and I slew the white dragon, Icingdeath, no tears were shed. The beast was a menace.

But now, our actions had brought Icingdeath's mate, Icewind, back to the Dale to exact her vengeance.

Some creatures were serving the dragon, bringing her prisoners in exchange for their own lives. We would root them out and discover from them where Icewind had made her lair.

The Hall of Judgement

Icewind had made her lair within the ruined city of Netherhall atop the broken temple of Othea.

Approaching that broken city on the surface would be foolhardy even if its skies weren't patrolled by a marauding dragon.

We would approach from below, makinf our way through the catacombs under Netherhall where we would find a key to the temple gates.

A Tomb of Ice

White dragons are simple creatures, but not without cunning. And Icewind was more cunning than most.

The dragon was baiting us to fight her on her terms. Not ideal. But if we didn't face her, she would continue to terrorize the Dale.

And so we entered the ruined Temple of Othea to face the fury of Icewind.