The Mask of Kelvin

Once you complete all three acts of  The Mask of Kelvin you unlock the following Missions: 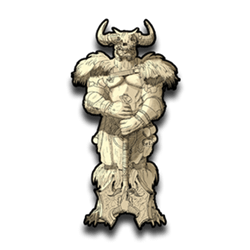 The Mask of Kelvin Acts

Ghosts of the Past

Kelvin's Cairn was named for the great frost giant king of old who was buried beneath it, so the legend told.

Utaar was one of the few remaining frost giant kings of Icewind Dale. He had delved deep under Kelvin's Cairn and broken the seals set by the clerics of Tempus on the Tomb of Kelvin.

Utaar's actions had disturbed the dead, and we would have to lay them back to rest before following Utaar into the catacombs of Kelvin's fallen city.

Utaar sought the Mask of Melvin, believing that the artifacts of his forefather would help him recover the Crystal Shard.

To catch up with Utaar, we would have to pass through the shattered remnants of the Broken City.

But navigating to Kelvin's Tomb would be a challenge. We would need to recover the Netherese Keystones to activate the portal that would take us there.

The Face of Kelvin

None could say what damage Kelvin's spirit would do if it was unleashed upon the Dale.

And so we delved into Kelvin's Tomb ourselves, seeking out Utaar so that we could put a stop to this madness.

But none of us were prepared for what we found there waiting in the dark. Who knew the call of the Shard was so strong.