The Order of the One Light | Dark Alliance Wiki

The Order of the One Light

Cultists that worship the Crystal Shard like a god have found Kessell's body and infused it with arcane power, reanimating him. Now he seeks to rebuild his army and take his revenge on Icewind Dale.

Once you complete all three acts of  The Order of the One Light you unlock the following Missions: 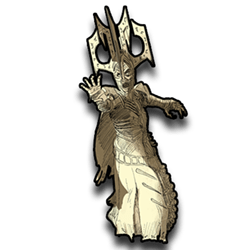 The Order of the One Light Acts

The Order of the One Light, they called themselves - cultists who worshipped the Crystal Shard like a god.

We found the Order's fortress - hidden within the Spine of the World. They were under siege by the forces of Levistus and had erected a magical barrier to keep the devils at bay.

We would have to recover the Netherese Keystones to bring down that barrier before we could enter the fortress and deal with the mages within.

Order of the One Light

Crystal Cult necromancers had reanimated the corpse of Akar Kessell and granted him arcane powers he never achieved in life.

From the safety of the warded inner sanctum of their fortress, he called out to any ally that would assist his rise to power once again.

We would need to break down the sanctum's defenses before we could deal with Kessell himself, hopefully, for the last time.

Return of the Tyrant

Kessell did not have the Shard to help him dominate creatures, but the power the cultists had given him was still dangerous.

Though few had answered Kessell's call, in time, they would grow and be a threat to the entire Dale.

Now was the time to deal with Kessell once and for all.