The verbeeg have taken control of Annuragon's Forge and slaughtering any dwarf in sight.

Once you complete all three acts of  Verbeeg Jamboree you unlock the following Missions: 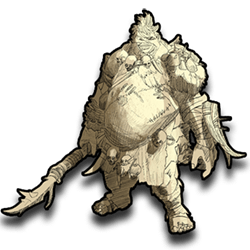 Verbeeg and goblins had worked together to invade the Dwarven Valley, but some had broken off and had taken Annuragon's Forge.

We would have to take out the verbeeg holding the forge gates before dealing with whatever horrors we would find within.

To fin the verbeeg, we would only have to follow the sound of their voices.

Designs of the Duergar

Though dwarven sappers had cut off access to the forge from their Halls, the verbeeg managed to break in through the exterior gate.

What we didn't count on were the duergar who had their own designs on Annuragon's Forge.

The duergar had hidden the runestone keys to lock the forge gate. We would have to recover those keys before we could enter the forge and deal with the verbeeg inside.

A Feast for all Cretins

Verbeeg. Vile creatures - with a taste for the flesh of dwarves.

What they didn't count on were the duergar who had their own designs on Annuragon's Forge.

Though we would cut down every last verbeeg found within the forge, what we witnessed there would scar us for the rest of our days.